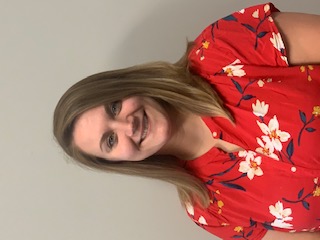 Trisha Hand was born and raised in Wellsboro, PA. She is a graduate of Wellsboro Area High School’s Class of 2013. During high school, Trisha sustained an injury to her left knee while playing soccer which required surgery and physical therapy. This injury brought her to Elite Therapy for the first time and soon molded her career path.

In December 2016, Trisha graduated from Misericordia University with her Bachelor of Science in Business Administration with a Specialization in Sport Management. While pursuing her undergraduate degree, Trisha was involved in the Misericordia Physical Therapy Club which provided her with many opportunities to volunteer within the Back Mountain community of Dallas, PA. During these experiences, she participated in many Adopt-A-Highway events and the national PT Day of Service event each year. It was during her undergraduate career that she learned the importance of giving back to the community.

After completion of her undergraduate degree, Trisha continued on at Misericordia University to receive her Doctorate of Physical Therapy in December 2019. During graduate school, Trisha remained involved in the Physical Therapy Club while also becoming involved in the Misericordia Pro Bono Physical Therapy Clinic which provided services to the underinsured and uninsured populations of the community. Patient population at the clinic ranged from young children to older adults with various diagnoses and neurological diseases. She also completed four clinical affiliations – one in Rhode Island and three in Pennsylvania. Placement settings included two outpatient orthopedic clinics, an acute-care hospital, and a neurological rehabilitation hospital. Attending Misericordia University gave Trisha the opportunity to conduct research within the realm of physical therapy and present that research at the Pennsylvania Physical Therapy Association’s annual conference in October 2019. Trisha also became a member of the American Physical Therapy Association during her time at Misericordia University.

Trisha is excited to return home to begin providing skilled physical therapy services and education to members of the community. The use of manual therapies to restore function was at the center of her education and here at Elite she will have the opportunity to develop her skills and grow professionally. While patients are her top priority, Trisha is also dedicated to becoming the physical therapist that the community and Elite Therapy needs.